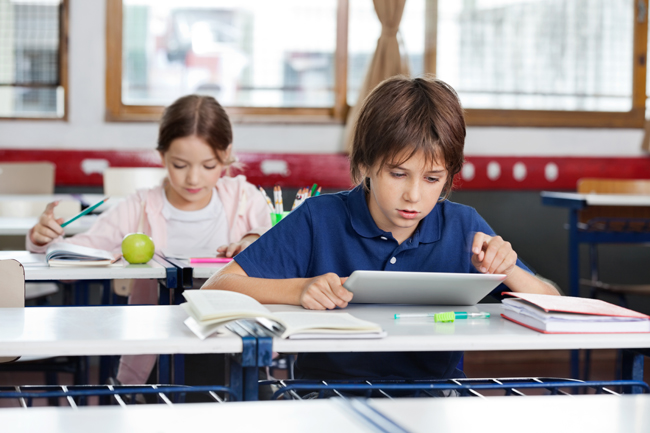 School districts all throughout the United States spend billions of dollars every year on educational technology.
Most of the school funding is spent on technology such as: tablets, laptops, apps, student monitoring, online courses, videos, software.

However, unfortunately due to poor decisions made by school administrators, much of that school funding is wasted on products that are overpriced and overrated.

The education technology that is picked out turns out to be mediocre at teaching and improving the education experience of students. The school funding is almost never used to its full advantage.

School districts tend to be attracted to products based on good marketing rather than doing a deep analysis and research on effective education technology. The best way to keep up with what is new and effective on the Ed Tech market is through content and email marketing.

Truth is most administrators are unfamiliar and uneducated about what is really on the market. Although many consumer markets are suffering from slow growth, Futuresource reports that their sales on tablets and mobile devices in the education sector has increased 18% from 2015 to 2016 and is projected to continue growing in 2017.

Education technology providers, such as Google and Microsoft, have reported the following, “Futuresource reports that in 2016, devices with Chrome OS made up 58 percent of the K–12 purchases — up 8 percent since 2015.

Windows OS made up 22 percent of purchases, not growing or declining since the year prior.

Futuresource estimates that Microsoft will have more strides with new technologies to take a bigger part of the education market. It predicts that 2-in-1 devices will be where most education competition will be in 2017.

Cost to Educators of Researching and Spending on Classroom Supplies

Budget Deal for 2017 Includes Increases for Title I, Special Education